Get Rid of Coal Once and For All! 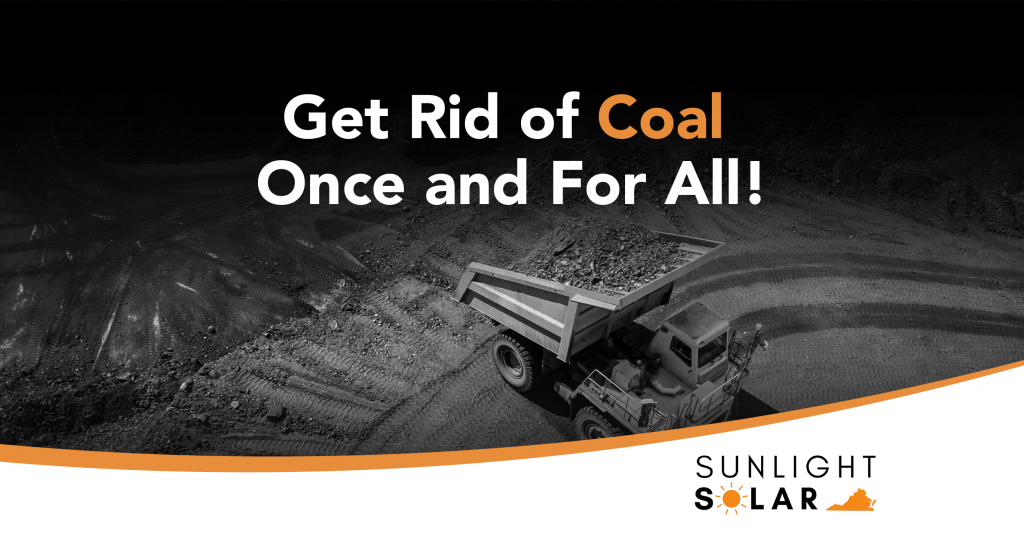 We’re up in arms, ready to fight off climate change.

These past years, it’s becoming more evident how global warming is truly affecting our daily lives.

The wildfires razing the Amazon, tsunami and earthquake reports, the melting ice caps in the arctic, extreme changes in weather everywhere – we can go on and on.

For these reasons, in 2015, the UN called on world leaders to participate in the Paris Agreement which aimed to guide nations in reducing greenhouse gas emissions by 45% in 2030 and net zero by 2050.

Now, one of the biggest enemies of the Paris Agreement is coal consumption. As it stands, coal is the largest single source of electricity globally. Here in the United States, we have the largest coal reserve base at 260 billion tons!

We can’t imagine how that would look when it’s all converted into greenhouse gases.

The latest update on coal

You may not know it, but you’re directly affected by what’s happening with the increasing price and demand for coal through your electricity bill.

The Ukraine-Russian war plays a big part in this since Russia cut off its natural gas deliveries to a number of countries including the US; hence, electrical companies are turning to coal for electricity.

On a global scale, other countries are suffering a similar fate. In Germany, some coal plants were in the process of being shut down as part of their initiative to phase out coal. However, that plan has been put on the back burner.

The ongoing energy crisis, fueled by countries turning from gas to coal has inevitably halted progress towards achieving net zero, especially with a looming rise of global coal consumption by 0.7% this year alone.

We’ve known about alternative energy sources for quite some time now. Hydropower, wind, and solar.

The most popular is solar power.

Solar power’s energy is harnessed from the sun – a free and unlimited resource. This year, 39% of all new electricity-generating capacity comes from solar panels. Additionally, residential solar continues to increase by 37% compared to last year.

This means many more households are turning to solar! With the continuous increase in monthly electricity, how can you not?

In the past, many of our customers turned to solar because they wanted a more eco-friendly option for electricity. These days, the unpredictable rate increases from utility companies are what’s driving them to make the switch.

A call for change NOW!

We have a long way to go.

Coal and other fossil fuels have been powering our homes, businesses, schools, malls, etc for centuries now. The result? Global warming.

The great news is that the US is already the second-largest producer of renewable energy, so there’s no shortage as to where and how we can make the switch.

Moreover, President Biden recently signed into law the Inflation Reduction Act providing a 30% tax credit for solar users until 2032! This makes it more accessible and affordable for everyone to go solar.

Can you picture our world 10, 20 years from now if “dirty energy” is still the dominant source of energy? The thought alone makes us dread the future.

The time to act is now because the actions that we do today will set the course for generations to come.

NextThe most dominant form of Alternative Energy by 2023Next